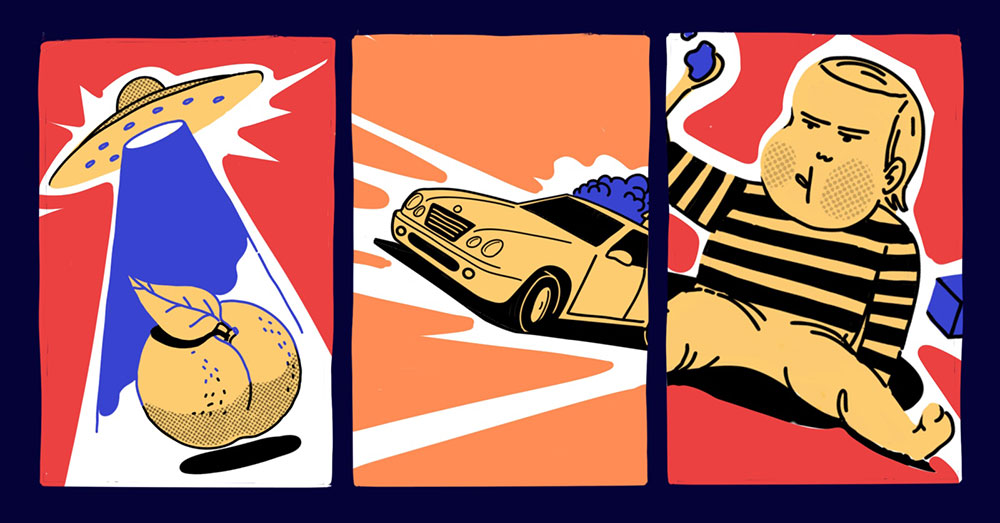 Make your brand memorable — for all the right reasons

The internet is rife with examples of marketing translation blunders. From KFC ominously suggesting that their Chinese audience “Eat their fingers off,” to financial powerhouse, HSBC recommending their customers “Do Nothing” with their money, marketing localization done poorly garners a lot of public interest — for all the wrong reasons.

Recognizing great localization of promotional content, on the other hand, is not always that simple. When done right, it’s virtually seamless; it’s executed so flawlessly that the idea the content wasn’t written in their native language or adapted to their cultural framework from conception won’t even cross your customers’ minds.

But it should be at the forefront of yours.

“When done right, content marketing localization is virtually seamless: The idea that the content wasn’t adapted to their cultural framework from conception won’t even cross your customers’ minds.”

We’ve done a deep dive into what businesses should consider — as well as steer clear of — when localizing marketing messages and slogans, primed with real-life examples of how some of your favorite brands have overcome these challenges.

Global English for a global audience

If something is written in English, it can be tempting to assume that it will be relevant and comprehensible to all English-speaking customers. However, English has many variations in grammar, spelling, and vocabulary, and colloquialisms that would be easily understood by US customers (or even US customers from a specific region) could miss the mark entirely in a different state or in another English-speaking country.

For example, when it expanded globally, Ooni Pizza Ovens discovered that terminology such as pizza pie and pizza peel didn’t land well in other countries throughout Europe, including English-speaking ones, albeit resonating with US customers in American English.

In order for your marketing content to reach the widest audience possible, it should be written in Global English, clear, concise, and consistent, while reducing the use of slang. Using internationalized English will not only make your promotional messages more universally accessible, but it will also simplify the translation process into other languages.

Similarly, even when you are addressing a mainly anglophone audience, keep in mind that other aspects of your content, such as dates, numbers, and currencies, will still need to be localized and formatted properly.

If you advertise a deadline for a great deal as 05/04/2022 but forget that a large portion of your customers will read it as April 5th, it could impact your overall campaign results and reduce sales, considering your consumers will be cashing in on their perks one month too late.

Ticketing platform and market leader, Eventbrite tackled this challenge head-on by adapting their translation strategy as they grew, collecting user feedback, and ensuring that their marketing materials resonated with every market they expanded to.

What’s in a name?

When developing a new product, you will likely invest time and resources on finding the perfect name. If you are aiming to expand globally, that name should be easy to localize and trademark, and still preserve your brand’s identity.

Disney is perhaps the most prominent example of a company that always goes the extra mile to ensure localization is done right. With the release of Moana in 2016, the animation juggernaut was faced with a marketing conundrum, resulting in a swift rebrand to Oceania to prevent Italian families from stumbling upon content from an adult film star well-known in Italy, Moana Pozzi (no hyperlink, for obvious reasons).

“In 2016, Disney rebranded the movie Moana to avoid both an awkward naming overlap and trademark issues in several European countries.”

Additionally, the name of the movie was already registered as a trademark in multiple other European countries. With that, Disney adapted the protagonist’s name while making sure to preserve its meaning: In Polynesian, moana means ocean, and in European countries such as Spain and France, the heroine was renamed “Vaiana” from Tahitian water cave.

But where Disney managed to sidestep these naming faux pas, many other companies have instead fallen into the pitfalls of poorly localized brand names. 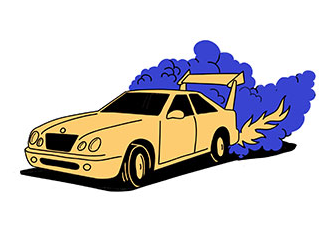 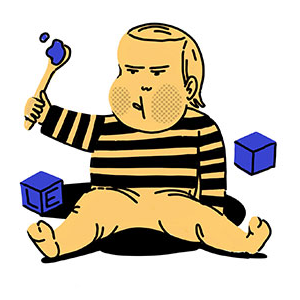 On a much less sinister note, Gerber, an American company selling formula and baby food, discovered the unfortunate similarity between its brand name and the French verb gerber (to vomit) when French-speaking customers throughout Europe and Canada found their products less than appetizing.

This lack of understanding can have catastrophic financial consequences on businesses’ marketing campaigns and overall brand identity. When going global, it’s imperative to not only focus on the translation of your marketing materials, but also select names based on the assumption that they will need to both work locally and be easy to adapt to the international stage.

Sound is synonymous with success

It could be translated impeccably, but if you don’t sound it out, your brand name or slogan could have resoundingly bad effects. 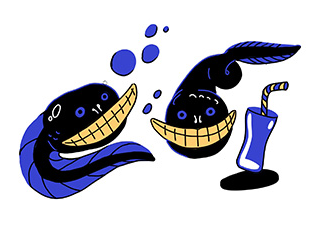 When it first landed in China, Coca-Cola had to overcome a well-known naming hurdle: The closest phonetic rendition of its name, “Ke-dou-ken-la,” pronounced in different dialects meant “Bite the wax tadpole.” After careful research of Mandarin characters, the soft drink giant opted to translate its brand with a different phonetic equivalent: “Ke-kou-ke-le” or “let your mouth be happy,” which left a more enjoyable aftertaste in the mouths of its thirsty customers.

Meanwhile, during its expansion to Penang, Malaysia, Ikea showed a deep appreciation of the city’s dialect, Hokkien, and made clever use of wordplay to promote its new store opening. As many words in the local language end in the morpheme kia, the Swedish furniture brand wasted no time in taking advantage of the phonetic resemblance with its own name and created a memorable pun-based campaign. ​​

“When expanding to Penang, Malaysia, Ikea showed a deep appreciation the city’s dialect and made clever use of wordplay to give its promotional campaign an unforgettable spin.”

One of their ads featured the image of a chicken next to a cabinet, with the slogan “We are not Kay Kia. We are IKEA.” In Hokkien, Kay Kia means chick. Another displayed Ikea’s famous Billy bookcase next to a tall man, which in Hokkien translates to Lo Kha Kia, and the caption “We are not Lo Kha Kia. We are IKEA.” Ultimately, Ikea’s mindfulness of how the language sounded gave the campaign a unique spin and made it impossible to forget.

The impact of imagery and colors

Text is not the only element of your international marketing campaign that will require careful localization. Different cultures interpret and respond to imagery and colors in very unique ways. 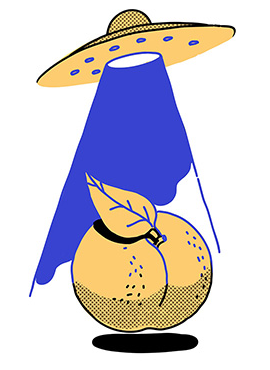 Take, for instance, P&G’s marketing for Pampers: In the US, a diaper ad depicting a delivery from a stork makes perfect sense; many Western cultures share the stork symbolism for the arrival of a newborn baby and would appreciate the visual reference.

In Japan, on the other hand, newborns are said to come from floating peaches, so consumers saw no connection between birds and diapers, and ignored the ad, understandably so.

Even imagery that isn’t shown, but simply evoked by a slogan, needs to be thought through to truly resonate with local audiences your business targets.

Famous American brand of oral care products, Pepsodent assumed that the promise of whiter teeth would have customers flocking to its products, no matter where they came from. But beauty standards vary across cultures, and in some parts of South-East Asia, the goal is to have the opposite of what was being promoted — black teeth. These customers had no use for whitening toothpaste, and therefore the ad backfired.

“Pepsodent assumed that everyone would flock to a product promising pearly teeth —  but beauty standards vary across cultures: In parts of Asia, black teeth are the goal, and the company’s ad for a whitening toothpaste backfired.”

Similarly, in a culture where ancestors are as deeply revered as in China, the literal translation of Pepsi’s slogan “Pepsi brings you back to life” to “Pepsi brings dead ancestors 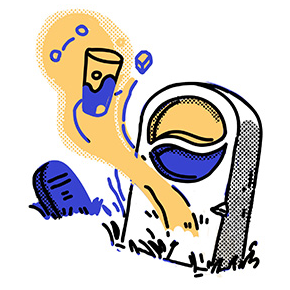 back from the grave” wasn’t just an innocuous blunder, but a horrifying prospect, disrespectful of Chinese customs.

And perhaps “horror” isn’t the right word for what Mancunians felt when ice cream manufacturer, Magnum, suggested that a somewhat unsavory part of Manchester, UK, would be the perfect spot for a picnic — but the billboard claiming Magnum ice creams were “The only thing that could make lying in Piccadilly Gardens even better” certainly sparked a lot of hilarity.

Colors also carry distinctive meanings in different countries. You might want to use white in your advertising to symbolize purity and virtue, but in many Eastern cultures, such as in India, it could evoke feelings of sadness instead, as white is a color used in mourning rituals.

“Colors can also convey different meanings in different cultures. In many Western countries, white is the color of purity, but in India it represents mourning.”

Likewise, red symbolizes passion and excitement in many European cultures, whereas on the opposite side of the world, in China, it represents celebration and luck, and for South Africans it’s associated with the blood shed during conflicts.

Ultimately, the sure-fire method to successfully market your business across borders is to consult a professional, who will be able to facilitate your marketing and brand teams through the localization process, by navigating new markets and languages.

Ready to launch a fully custom, localized marketing campaign into all the markets you serve? Unbabel can help you ensure it’s memorable — for all the right reasons.