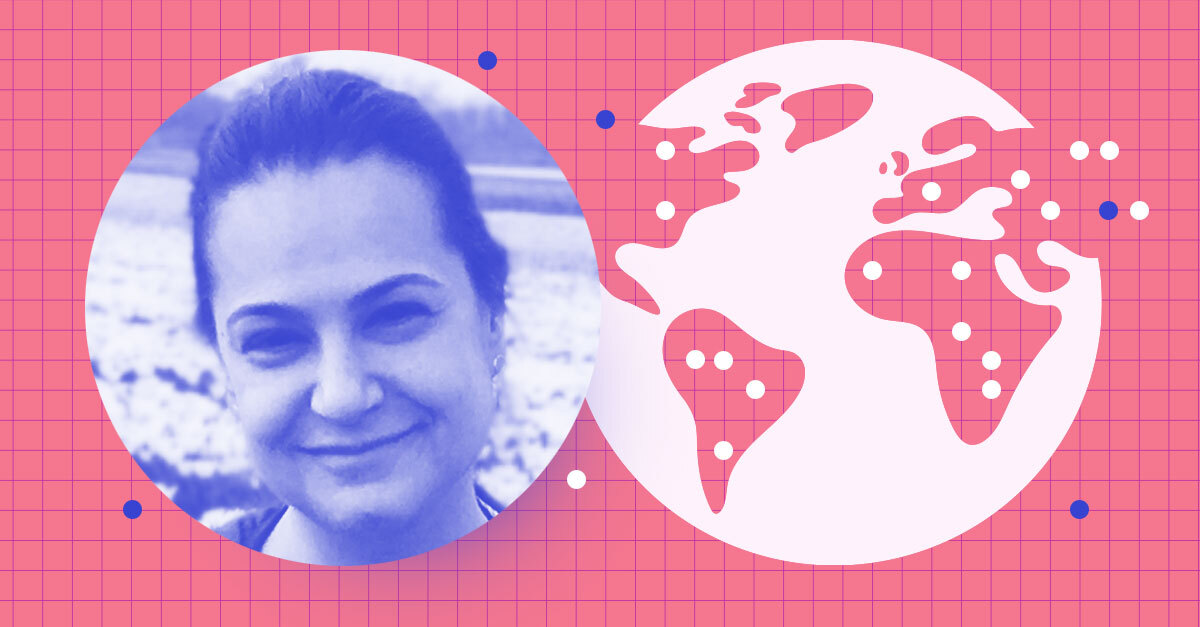 When it comes to AI-powered, human-refined translation, there are a lot of resources focusing on the technology, but fewer on the human part of the equation. Yet human translators play a pivotal role and tackle many challenges behind the scenes to support businesses as they expand internationally.

As Unbabel’s Director of Community Operations, Camila Pohlmann, together with her team, manages a global community of more than 100,000 enrolled editors. For the last 7 years, Camila has been part of the growth of Unbabel, and today the team works with our freelancer community who translate and deliver around 20 million words a week for our customers. In this Q&A, she takes us on a backstage tour of translation for businesses entering new markets and shines a light on some of the more frequently asked questions on how translators work.

Are translators allowed any creative liberty with the content they are given? How much do they need to “stick to the source text”?

Yes, although it depends. We can give editors and translators different levels of liberty depending on what it is they are translating and the customer’s requirements. In theory, as long as they are accurately translating as the customer intended, some creativity is usually required and expected.

For Customer Support, as any good translator knows, there are some adaptations that can and should be made for cultural nuances. For example, a sentence may sound really nice in English, or any other source language, but not translate well literally into other languages.

“We can give editors and translators different levels of liberty depending on what it is they are translating and the customer’s requirements.”

One of our Italian editors at Unbabel was once tasked with translating the sentence Take care and stay safe from English into Italian. The word-for-word equivalent — Abbi cura di te e stai al sicuro — would have come across as unnatural and oddly intimate in their native language. With that, the editor made a judgment call to use a more indirect translation — Riguardati e abbi una buona giornata — that properly expressed the tone of the email to resonate with their target audience.

This would not be considered creative license as such, but more a necessity to deliver the true meaning of the source text. If the translator had been working on a specialized document for the United Nations, subtitles for a technical video, or an instruction manual, on the other hand, this amount of freedom would have been unthinkable.

Similarly, if the original material is something inventive like marketing copy, the translation won’t just need to be accurate, but more importantly capture the essence of the source text — with any cultural references tailored to the target audience, even if this means the changes are more drastic. That would fall into the realm of creative translation, a mix between copywriting and translation, which most definitely requires creativity from the translator.

It’s all about striking the right balance.

How do translators work around topic sensitives and ethics in translation? Do they have a responsibility to bring concerns to the customer?

We have to consider that sometimes, there can be a chain of people and processes between the translator and the customer — it’s not a direct relationship, where the translator can just shoot an email to the customer to let them know that certain religious or cultural audiences might not respond well to their ads for alcohol, for example. One of the huge benefits of having such a large community of translators is that we are able to receive feedback from them directly and address it with our customers where necessary.

As for navigating ethical dilemmas, translators will often raise their concerns internally if they believe the content they’ve been assigned is problematic, or if they find it uncomfortable. Our translators also have the option of declining any work offered to them without needing to give a reason — it’s important that they feel in control of their translation work.

“One of the huge benefits of having such a large community of translators is that we are able to receive feedback from them directly and address it with our customers where necessary.”

We always try to balance our customer’s needs and translators’ preferences on content, avoiding conflict on anything that could be culturally insensitive or divisive. That said, we also handle topics based on the requirements of our customers; for example, hotel or restaurant reviews need to be accurate for customer understanding, but perhaps are not always the friendliest content to translate!

What are the complexities of having to make content inclusive for all? How forward-thinking must translation be, and how does it factor in new linguistic requirements?

Inclusivity is the language of the future. We are all trying to be more cognizant of linguistic bias, and adapting translations to the world around us is part of that.

But here’s the thing: Due to a mix of grammar and cultural beliefs, there are languages for which these changes are happening at a slower pace, or with stronger growing pains.

“Inclusivity is the language of the future. We are all trying to be more cognizant of linguistic bias, and adapting translations to the world around us is part of that.”

Someone who only speaks English would probably find the idea of grammatical gender perplexing. Why should table be feminine in Romanian, Arabic, and Spanish, but masculine in German and Italian dictionaries? And why should I have to state my gender when I am thanking you in Portuguese? Yet it’s a common feature of many different languages: Nouns, pronouns, adjectives, and more, are either feminine or masculine, and there is often no genderless plural to use as a blanket neutral option.

For written translations, you could replace the character that determines gender with either X or a symbol, but even that can encounter resistance; in some foreign languages, these alternative letters either don’t exist or can’t be easily pronounced in spoken language, so even with these changes, the translation would still not be inclusive.

That’s why, although it’s crucial for translation to be forward-thinking, it’s also very important to offer translators context to ensure we meet customer needs.

Depending on the target language, keeping content gender-neutral or universal could require extensive workarounds, so translators should have a clear understanding of what the end goal is, especially since they might not be working on the entire translation, but only a segment of it. They’ll then know how to convey that same intention in their native language.

In short, language is constantly evolving, and professional translators should evolve with it. But in order to adapt to new linguistic requirements without impacting accuracy and consistency, context is key.

Describe your task allocation process and how you assign translations of specific topics. Do you take into consideration demographics, hobbies, or interests?

Responsible AI and the way mismanaged technology can exacerbate inequality are white-hot topics across many industries. Yet in our case, the tools we use have accelerated a fully unbiased approach to task allocation.

At Unbabel we don’t discriminate, and our systems aren’t built to factor in age or gender. Instead, they’re optimized for scalability.

What does this mean? They allocate the translation work automatically. When we receive a project, the translations are sent to a list of available translators in the required language combination, the translators accept them, work on them — with AI-powered translation software and translation memory — and the finished product goes back to the customer without requiring a project manager’s input. This drastically reduces the chance of unconscious bias in the allocation process, and the results speak for themselves.

We once took on the translation of marketing content for feminine hygiene products. The system allocated the project to one of our translators, and the customer was thrilled with the results. They reached out to ask if they’d be able to work with “her” on a continuous basis — except “she” happened to be a 60-year-old man.

Whenever possible, we do however take hobbies and interests into account. We believe as a translator, it’s important you get assigned content that you enjoy translating.

“We once took on the translation of marketing content for feminine hygiene products. The system allocated the project to one of our translators, and the customer was thrilled with the results. They reached out to ask if they’d be able to work with “her” on a continuous basis — except “she” happened to be a 60-year-old man.”

On top of that, identifying subject-matter experts is especially valuable to cover more specialized verticals. When we were working on the translation of manuals for robotic surgery equipment, picking translators with a background in the healthcare or engineering field was a no-brainer. The more familiar you are with the topic, the easier the task will be.

How do current events affect translation requirements? Is there a shift in demand for translators during these times?

Language and culture are very closely connected to begin with — so political events or societal shifts will influence the content that needs to be translated.

Earlier this year, there was a strike in Finland, and because of it, the volume of requests for Finnish translations we received soared from 20 to 300 a day. So did the general demand for Finnish translators, who are already in short supply. In 2020, the start of the pandemic also spiked concerns over translation requests to and from Chinese; interestingly, that didn’t happen for us. Instead, we had a global peak of translation requests from our online retail customers, and a decrease in demand from airlines and other customers from the travel industry.

“Earlier this year, there was a strike in Finland, and because of it, the volume of requests for Finnish translations we received soared from 20 to 300 a day.”

More recently, the war in Ukraine has had a devastating impact on the lives of some of our editors and translators, and we continue to navigate this as best as possible with them.

But it’s not just about political and social upheaval: Pop culture can influence which languages will be more in demand. From Parasite to Squid Games, from BTS to Blackpink, the Korean Wave has created a surge in requests for Korean translations. Previously, the top languages were often French, Italian, German, and Spanish — or FIGS. In recent years, however, we have seen different languages climbing to the top, such as Chinese, Korean, and Latin American Spanish.

Our community of translators is a most valuable component of the Unbabel translation pipelines: They offer us insights and outreach that will help our customers connect with their audiences. Ultimately, by understanding the challenges they face while translating content, companies can refine and optimize their processes, provide more context further upstream, and deliver better quality at scale.

Interested in learning more about how we blend the best of human translation, AI, and machine translation?