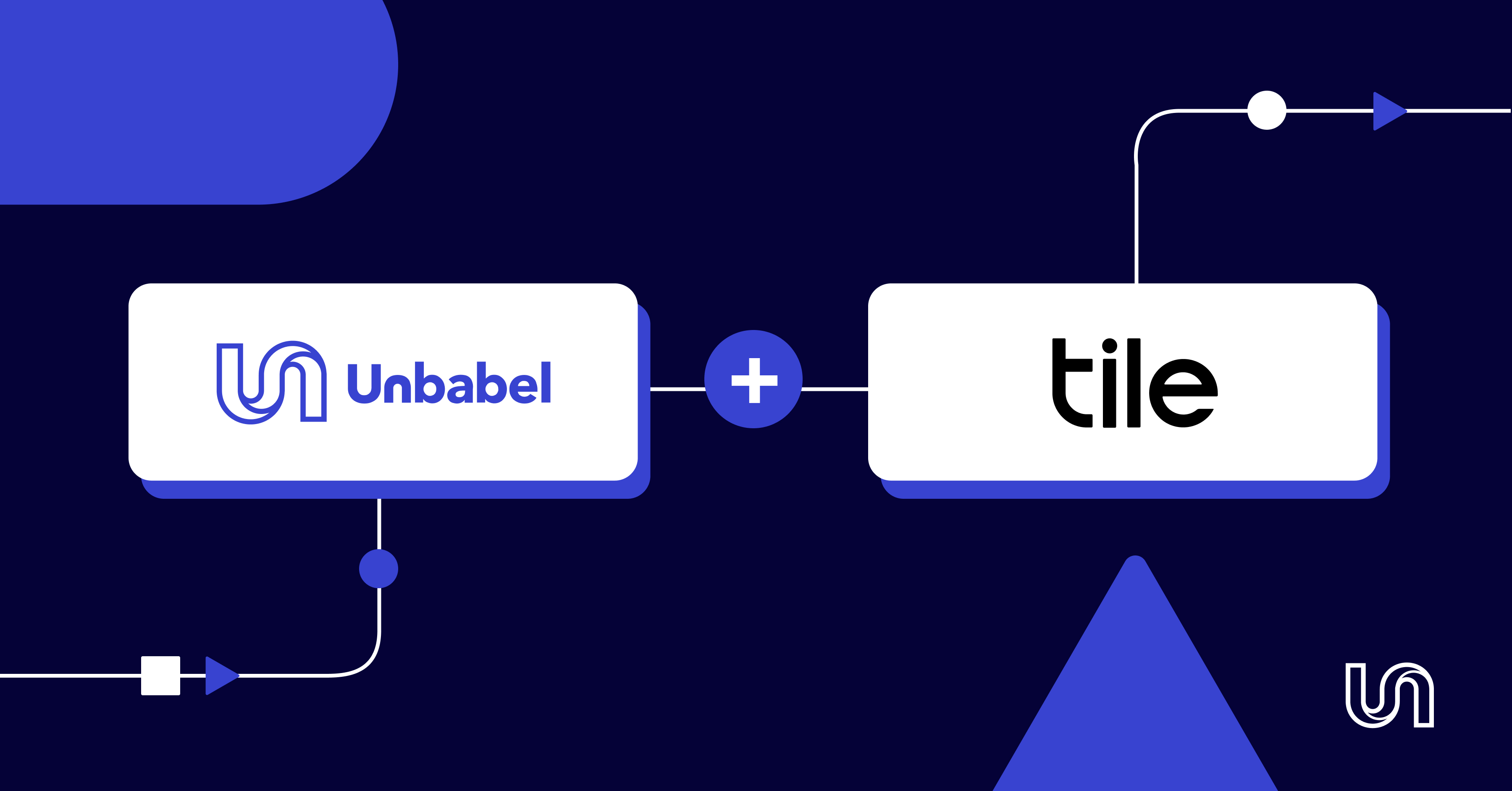 Tile helps people locate the things that matter to them most. Their Bluetooth tracking devices are highly popular in retail stores such as Best Buy and Target, as well as online stores across the world. As the company continues to expand rapidly from the U.S. into international markets, their customer support team has faced variable volumes of non-English email customer support tickets. Like many mid-sized businesses in such a position, Tile recognized that shifting from in-house to full global support would be crucial in achieving their growth potential. However, the cost of providing multilingual support through full-time, native speaking agents proved to be too high. Using Unbabel’s human-machine translation technology, the Tile team was able to scale quickly to meet customer demand using existing agents — saving 91% over the approach of staffing two agents per language in each of its three major languages.

Tile is a leading finding service that locates millions of misplaced items every day across 230 countries and territories. Based in San Mateo, California, Tile is backed by Bessemer Venture Partners, GGV Capital, and Francisco Partners.

For Tile, rapid international expansion has meant that its contact center fields more email inquiries from non-English-speaking customers than ever before. However, volumes in each of Tile’s main international languages varied from day to day. For a mid-sized business, staffing full-time, native-speaking agents via its business process outsourcing (BPO) firm became too expensive to sustain.

The Tile team’s BPO staffed full-time agents in Spanish, French, and German — three of the company’s main languages. Some days, the email volume was too low to justify staffing an agent full-time, resulting in expensive native-speaking agents answering English tickets in their downtime.

For tickets in languages outside their agents’ areas of expertise, the contact center often relied on tools like Google Translate. This process resulted in ineffective translations that lost the cultural nuances and product accuracy details.

Even so, the company was growing quickly in international markets, especially those with established partners. For example, in Japan, a partnership with Softbank ignited customer demand in a language without a full-time agent presence.

“Language is a huge challenge when you’re growing internationally. You don’t want to pay an expensive hourly rate for a native-speaking agent — if you don’t use them, you lose them. It was time for us to invest in a solution that could help scale multilingual customer support alongside our international growth.”

The Tile team knew that staffing native-language agents wasn’t sustainable, especially given the unpredictable ticket volumes. Today, its team of 50 agents uses Unbabel’s language operations solution to translate email tickets via Zendesk into any of the 29 languages Unbabel supports.

For Tile, one of the biggest wins with Unbabel’s human-machine technology is the fact that translations are reviewed by a team of native-speaking editors to ensure accuracy before email responses reach the customer. That way, the customer is unaware of the process behind the scenes to translate their email support ticket.

Using Unbabel has helped Tile support customers as it expands quickly into new European and Asia-Pacific markets. Before Unbabel, the team started with a traditional contact center model based in Ireland, with two agents each handling French, German, and Spanish customer support tickets for eight hours a day, Monday through Friday. Ticket volume was so low that they only worked on language-specific tickets for 20% of the time, filling the rest of their time with English tickets.

The team then moved to a remote vendor that covered three languages for five hours a day Monday through Friday. While that was more cost-effective, it was still too expensive to justify the ticket volumes and lack of support in off hours. Now, with Unbabel, Tile is able to use its English-speaking agents to provide always-on global email support for 29 different languages.

“Now that we’re using Unbabel, we’re saving 91% of the cost, versus our traditional contact center approach with native speakers,” said Michaud. “Unbabel allows us to respond to our customers in more than 20 languages, and helps us extend the value of our existing customer support team. Support is now available for our international customers seven days a week.”