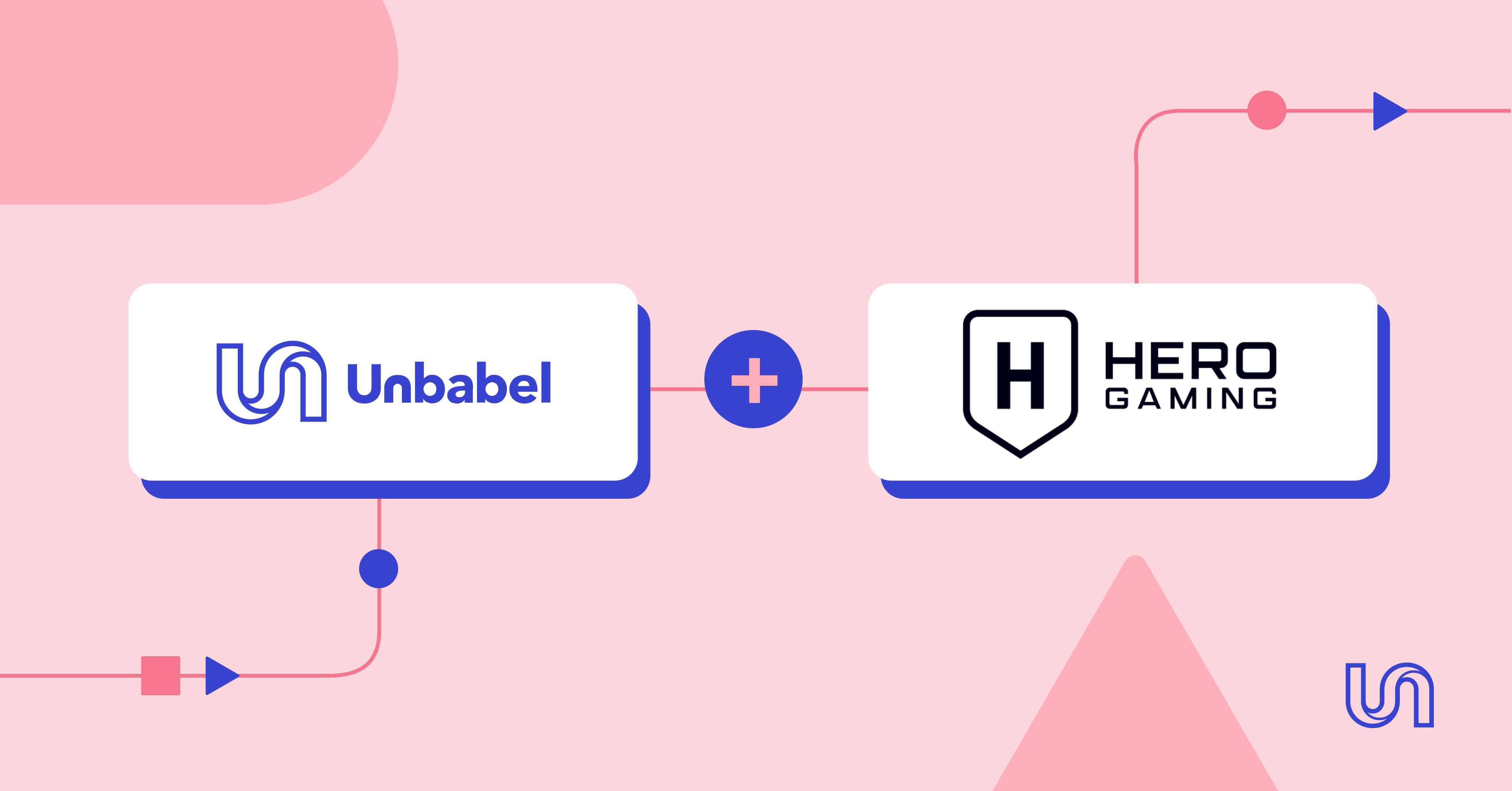 Founded in 2013, Hero Gaming is a fast-growing iGaming company that spearheaded the development of some of the most successful online gambling products on the market.

Initially aimed at a predominantly Scandinavian audience, the business today boasts a multi-brand portfolio designed to deliver one-of-a-kind gamified casino experiences to online players across the world. It currently serves three core markets — Latin America (Brazil), Japan, and India — and is active in Canada and in multiple European countries, including Finland and Norway.

As more players flocked to its brands, generating a 150% ticket increase during peak months, Hero Gaming was faced with the challenge of how to scale its support operations to both sustain this exponential growth and maintain its reputation for agility and speed to market.

Hero Gaming’s surging popularity, buoyed by the gaming boom of 2020, led to a huge increase in contact volumes — up to 50,000 Zendesk tickets pouring in each month, against the previous average of 20,000 — that could not be met by its existing support infrastructure. At this time, the company employed 16 in-house agents that were based in Malta and leveraged the services of an outsourced team in India, which mainly assisted with English and the local markets.

But the stakes were high, and as the need for quality multilingual support continued to grow, Hero Gaming realized that boosting its CS headcount in local markets to keep up with the demand would not be feasible: For one, agents that had the necessary expertise and spoke the required languages were in short supply and costly to hire; on top of that, the recruitment process was slow in an environment where time was of the essence.

To guarantee operational continuity and high-quality service without increasing times and costs, the iGaming business decided to gamble on AI and automation.

Hero Gaming first learned of Unbabel and its mission to bridge the language gap with its AI-powered, human-refined technology at SiGMA, the World’s Gaming Festival.

Once the iGaming company far outgrew its original support structure and capacity to hire native talent, the choice was clear: To go all in with Unbabel, which had the added benefit of seamlessly integrating with its existing CRM, Zendesk.

Specifically designed with customer support challenges in mind, Unbabel’s machine translation allows companies to supercharge their CS operations, meet volume fluctuations, and accelerate growth while maintaining a lean workforce and reducing costs. With Unbabel for Zendesk, Hero Gaming’s agents were empowered to communicate with customers in their own language with the speed, nuance, and fluency of native-speaking advisors — all from the comfort of their usual platform, and without having to relocate.

During the first six months of its partnership with Unbabel, Hero Gaming conducted quality checks of its chats and emails through in-house native reviewers. The Brazilian Portuguese translations, amongst others, came up trumps, reflecting near-native quality. Agents also reported that Unbabel easily folded into their workflow, without having to add any extra steps to the ticket handling process.

“Unbabel has totally changed how we operate. It’s allowed us to allocate work in a very different way and focus more on core functions, while releasing some control to our outsourced team to help our customers across the world. (...) I have been sending referral letters to some of my colleagues.”

Through the power of machine translation, Hero Gaming was able to:

These accomplishments prompted the company to rely entirely on Unbabel for its Finland launch, no new agents required. Hero Gaming is currently perfecting its Japanese email-based support, and planning to extend business hours to 24/7.

Do the cards feel stacked against you when it comes to delivering quality support at scale? We wager we can help optimize your support operations for global markets while reducing costs.