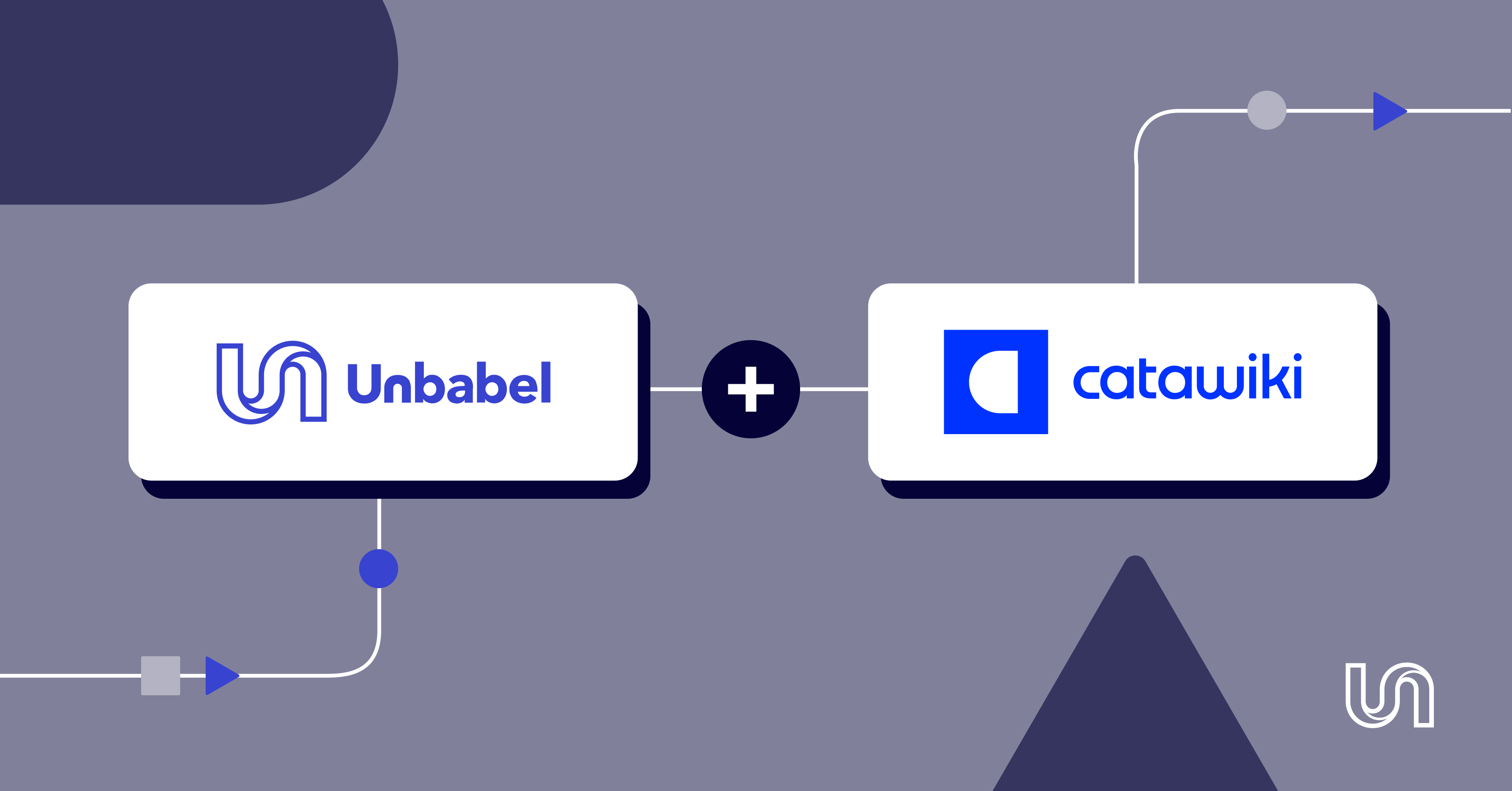 Catawiki hosts more than 600 auctions a week on its popular curated marketplace. Buyers and sellers throughout Europe gather with a common interest in unique objects. The in-house customer experience team based in the Netherlands mediates between buyers and sellers when more support is needed, which can be a challenge when buyers and sellers speak different languages. The company selected Unbabel to build a custom feature for its language operations platform that initiates a buyer or seller conversation across six languages. This feature enables one agent to handle the entire buyer-seller interaction without native language skills, reducing average response times by 20 minutes and doubling agent efficiency.

Catawiki is the most-visited curated marketplace in Europe for special objects, offering over 65,000 objects for auction each week. The company’s mission is to provide an exciting and seamless experience to its customers for buying and selling special, hard-to-find objects. Catawiki hosts over 600 auctions each week, across multiple categories such as collectables, art, design, jewelry, watches, classic cars and more.

Bridging the language gap between buyers and sellers

On Catawiki’s curated marketplace, 80% of customer support cases filed between buyers and sellers are cross-language, meaning that the buyer and seller speak different languages. For example, a shipping issue might arise between a Dutch seller and a buyer from Spain. In the past, a customer email support case like this required two different native-speaking agents to resolve. Each agent took asynchronous notes on their side of the case, which made the case take longer to resolve. Not to mention, it took longer than necessary to respond. If the Dutch-speaking agent had a long support ticket backlog, it could take up to two weeks for a request to be resolved, even if the Spanish-speaking agent had the bandwidth to respond sooner.

“We wanted to be more efficient and reply to our customers faster, without losing the quality of our support,” said Customer Experience Team Manager at Catawiki Grecia Lundkvist. “The challenge at Catawiki is that in many cases, we need to start a conversation with a customer, rather than simply translating an existing message.”

Catawiki needed language support for German, Dutch, French, Spanish, Italian and Simplified Chinese. The customer experience team evaluated translation agencies that would add more native speakers to their roster. This approach would take much longer, at an out-of-budget cost. Most AI-based multilingual support options would not allow users to initiate new conversations in a different language, only to translate an existing conversation. These limitations made it difficult to mediate multilingual issues between buyers and sellers, which was a dealbreaker for Catawiki.

Lundkvist had used Unbabel at a prior company and was happy with the results. She approached the team to ask if they could develop a custom feature that allows an agent to initiate a conversation across six different languages, rather than just translating an existing response. The Unbabel product team quickly rose to the challenge, building this custom feature in only three weeks.

Unbabel’s language operations platform integrates directly with Catawiki’s CRM system, Kustomer. Using the new feature, Catawiki agents can bi-directionally start translations in real-time, or respond to inquiries between buyers and sellers regardless of each party’s language. While Unbabel’s AI-based machine translation technology does the initial translation, a human editor checks for quality and consistency, taking into account brand terminology and cultural nuances of each language. This approach ensures quality and makes it much simpler to scale multilingual support quickly.

“Using Unbabel, we could reduce the time spent per ticket per agent, the translations could be delivered within minutes,” said Lundkvist. “Now one agent can take ownership of the entire case, which sealed the deal for us.”

To measure efficiency, Catawiki uses an industry-average nine-day window to resolve buyer-seller support cases. Using Unbabel, 78% of cases were solved within the nine-day window, doubling agent efficiency over previous numbers. Before, only 39% of cases were solved within that time frame. Agents love the freedom to contact either the buyer or the seller themselves, without having to wait on a native-speaking colleague’s availability. Using Unbabel, agents save an average of 20 minutes per ticket. In addition, they are able to cover for native-speaking colleagues that may be out of the office or coping with unusually high ticket volumes.

“Unbabel helped us improve our agent efficiency, giving them the freedom to independently handle a case in minutes, regardless of the language barrier between buyer and seller,” said Lundkvist. “Best of all, we were able to achieve our goals while maintaining high CSAT scores.”