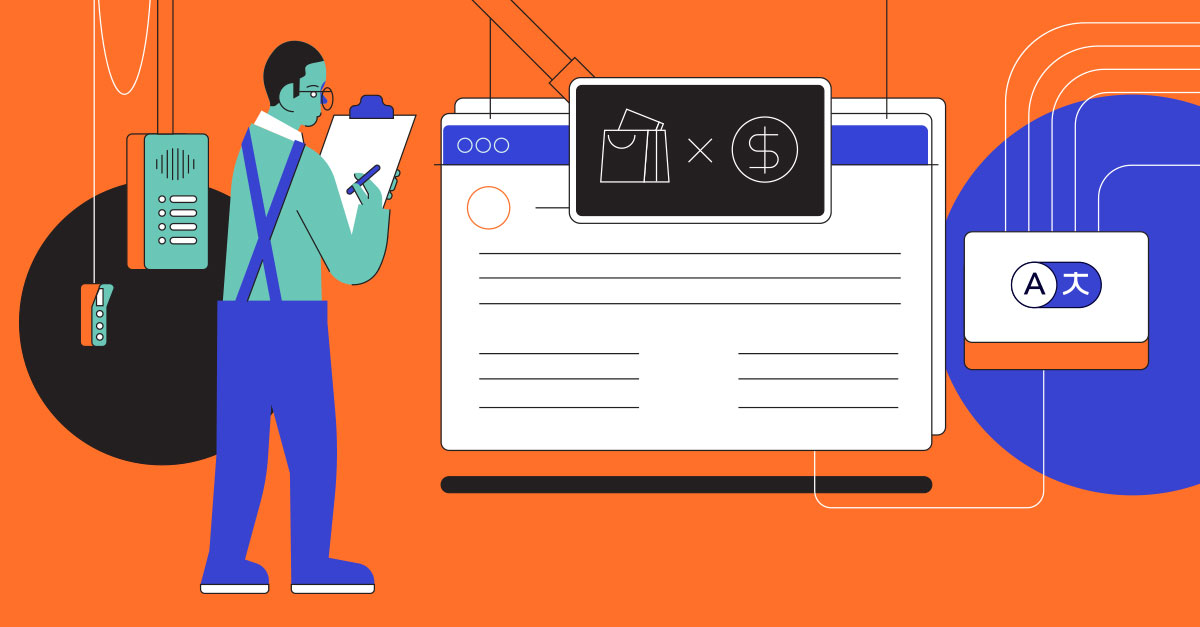 Nowadays, online services target customers in hundreds of countries at once. And thanks to a fully localized customer experience, consumers are becoming ever more comfortable with using international services.

But providing support in multiple languages can be more challenging than delivering a product in multiple languages. Localization is often a one-off process and more easily quantified: You know exactly how many pages, screens, and experiences you’ll have to translate. Support is all about exceptions to the norm: it’s the constant challenge of dealing with the unexpected on a timescale dictated by the customer.

Employing an international community of native Customer Support Agents for every language would not be economically viable. Maybe you’ll want to prioritize some languages over others, or perhaps you’ll want to cover them all. But making these decisions will require a strategic overview of your needs and resources. You want to make your customers feel more comfortable by getting their queries resolved in their native language, but you also want to avoid the logistical and financial issues this could pose.

How many languages do you need to support? Should you hire native agents for every language? And how should you adapt to the local culture?

Here’s a quick checklist to help you make these decisions and get your team ready for multilingual customer support.

Know what languages your customers speak

Look at your own data and understand your users’ behavior. IP data, emails, and other contacts will give you a good picture of your language needs. Do people who live in Russia spend more on your website than those who live in Spain? Or is it the other way around?

There are also other factors which may be relevant when doing multilingual customer service. Here are a few examples:

Include second languages. In some territories, a second language is so pervasive that the problem is mitigated: In the Netherlands and Israel, for example, English is very widely spoken. But in many other countries, not so much.

Get the product right first. If you receive a disproportionately high number of support requests in a language compared to service users in that language, it might point to a potential problem with the localization of the product, or possibly even a cultural misalignment. If that’s the case, try to examine the aspects of the product that could be causing this — and only then focus on the translation.

Look at language trends. Today, English is the top language used online. Yet there are a whole lot more languages to tackle if you want to be global. So which languages should we keep an eye on? According to Common Sense Advisory’s latest report, we’ll be able to reach 90% of total online GDP with just 16 languages by this year — this includes languages such as simplified Chinese, Spanish, Portuguese, English, or German.

As we transition towards the majority of people being online-savvy, callers are either people who would prefer not to go online to find answers or people who have tried — and found the information lacking.

Companies that provide comprehensive FAQs help customers self-serve, and neglecting this section of your website can have a bigger impact than you might expect.

According to a study by Nuance, 67% of customers try to find their own solution before reaching out to a customer support agent — so ensure that you translate your FAQs and Knowledge Bases into as many languages as necessary and that both original and translated versions are revisited regularly (quarterly or every six months is ideal).

And where possible, localize self-service tools: Run processes like password resets without human intervention, and see what else could be automated.

In the end, improving your self-service tools is not that difficult; you just need to know where to start.

Understand the service expectations of a local culture

Cultural aspects of customer support can vary widely. Some countries have different expectations of the sort of service they should receive. For example, Unbabel’s 2021 Multilingual CX Report found that French consumers prefer phone communications — which require more support staff.

Perhaps more importantly, some countries have rigid rules on hierarchy and manners, such that spending more time crafting a culturally appropriate reply will yield a better level of satisfaction than racing to get a faster response out. For example, Customer Support Agents servicing the Japanese market may need extra training to account for the important honorifics (titles and forms of respectful address) in Japanese culture.

Time zones are cultural assets too

Today, speed matters. We have culturally ingrained expectations about how long a reply should take. For example, we now expect “verify your email address” emails to be delivered within seconds of signing up to a new service. We want a reply to a tweet within a few hours — especially if it’s a complaint. We expect a customer support email response within 2-24 hours (and we give extra credit if it’s faster than that). In short, we’re time-sensitive.

The 2021 Global Multilingual CX Survey found that speed of response is among customers’ highest priorities, and that means time zones take on new importance.

If you require 2 hours to deal with a query, but your service hours are 8 am – 8 pm, the wait for someone on the other side of the world trying to get in touch with you during your ‘night hours’ could be up to 14 hours. Many online businesses find themselves opening (or buying in) 24/7 support centers for precisely this reason.

Library books: In most libraries, a small number of books are hugely popular and lent out all the time; but the majority of books are much less popular, and some are barely ever lent out at all.

Your demand for support languages is almost certainly a long-tail graph (our client, Skyscanner, saw exactly this type of demand for languages). A few languages will be worth local or in-house support from native speakers. The rest — the long tail — is where you must make a call as to how much support will impact profitability.

In the end, it’s all about creating a long-lasting relationship with your customers. Your support team may not be an international community of thousands of native speakers, but you’ll still be able to turn a complicated operation such as multilingual customer support into a smooth and efficient process with these tips.

The post A checklist for multilingual customer support appeared first on Unbabel.