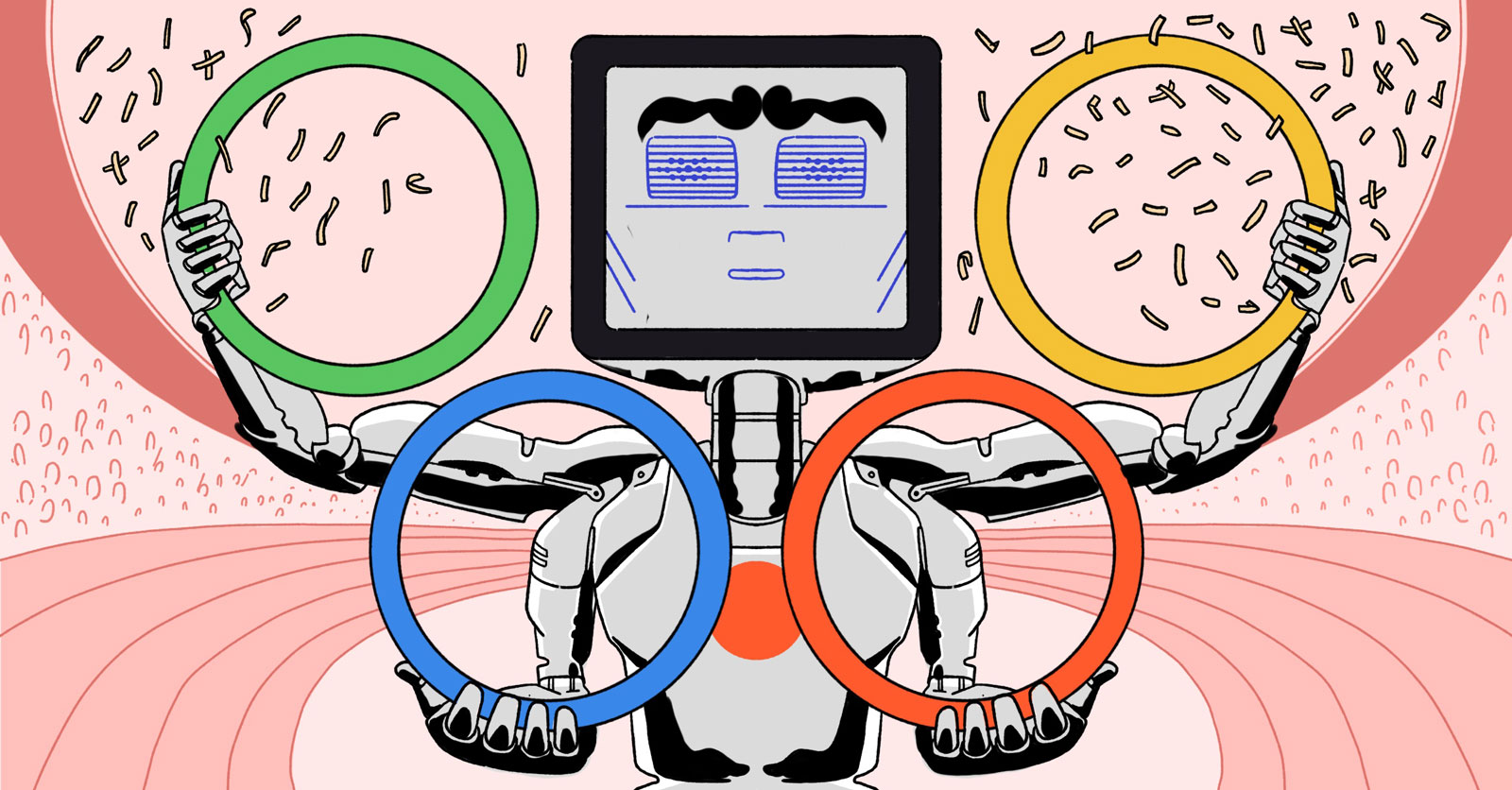 The Olympic Games have, in recent years, been opportunities to showcase cutting-edge technologies around the world. For example, fans experienced 5G, virtual reality, drone light shows, and the debut of eSports competitions, all during the course of the 2018 PyeongChang Winter Olympics.

During the upcoming 2021 Tokyo Summer Olympics, we expect to see AI playing a key role in the safety and efficiency of the massive international event. In this post, we’ll explore five ways we expect AI to transform the Tokyo 2021 Olympics and beyond.

1. Language translation AI at the Olympics

With over 11,000 athletes gathering from 206 nations, communication will be a major undertaking at the Tokyo Olympics. This poses an excellent opportunity for the Olympic Committee to leverage an AI-powered translation platform to expand multilingual communication for the enormous number of athletes traveling to Olympic destinations around the world.

A number of machine translation devices have been developed for use during the event, ranging from portable translation devices to multilingual loudspeakers. QR codes will also be available for signage throughout many Olympic venues, which athletes and staff can scan to get information in the language of their choice.

These are machine-only translations, so we can’t expect them to capture the nuances of languages and the full context of conversations. In the future, we hope large events like this leverage an AI-powered language operations platform with humans in the loop to streamline language translation across the board.

When athletes first arrive at the airport in Japan, they will be greeted by robots from Haneda Robotics Lab. These robots will act as multilingual guides to point international visitors in the right direction. They’ll also scan for suspicious luggage or other potential security risks and alert human guards. In addition, stadiums and other venues will have AI-powered chatbots that will provide in-depth information about transportation schedules, directions, game venues, scores, and more.

Besides guiding athletes and keeping them informed, AI-powered robots will be used as field assistants during games. Toyota’s Field Support Robot (FSR) will be used to automatically retrieve javelins, hammers, and discuses for athletes after they’re thrown. Although fans will no longer be allowed to attend this year’s Olympics, Toyota has also designed Human Support Robots (HSRs) to assist those with accessibility requirements and Delivery Support Robots (DSRs) to bring food and drinks to fans at their seats. This technology will be invaluable for future large-scale events going forward.

At any massive event like the Olympic Games, safety is a concern, but the Olympic Committee plans to use AI at the Olympics to reduce a variety of potential dangers. For one, the Tokyo 2021 Olympics is planned for some of the hottest months in Japan, so heatstroke and heat exhaustion are risks for both athletes and staff. Yahoo! Japan has developed a new system to use big data related to the heat index and AI technology to predict and reduce the risk of heatstroke in specific areas.

As part of its AI-powered security system, NEC’s facial recognition software will be used to authenticate the identity of athletes, judges, and staff during admission to events. NEC facial recognition software uses an AI engine called NeoFace, which can extract faces from video feeds and match them in real-time. This will lower the workload for entrance inspectors and reduce congestion at admission points, which is critical for ensuring security and safety at the Athletes’ Village and over 40 competition venues.

In another effort to improve security and efficiency with AI at the Olympics, the Tokyo Metropolitan Police is partnering with Panasonic to automate crowd control. Although fans won’t be attending the event, there will still be thousands of athletes, judges, staff, and more at the competition venues. Using human flow data from cameras installed on police vehicles, the real-time prediction system can forecast future crowd movements and identify suspicious behavior. This will be combined with ALSOK’s emotional visualization system to detect angry or emotional people within a crowd who could potentially cause disruption or danger.

Panasonic’s automated crowd control system will also be used to manage the flow of pedestrian and vehicle traffic around venues in real time. For example, when large crowds are leaving an event, the system can predict congestion points so that digital signage and smartphone messages can guide fans to the best exit route. Even if there aren’t huge crowds of fans at this year’s Olympics, this is a great opportunity to test these newly developed crowd control technologies for use in future events.

Besides safety and efficiency, AI is set to improve the viewing experience for staff and non-competing athletes at Tokyo 2021. Intel’s 3D Athlete Tracking (3DAT) solution will use data collected from highly mobile cameras to analyze the biomechanics of athletes’ movements in real time. This data can be transformed into interesting information — like the speed athletes are running or the distance covered — which broadcasters can overlay on-screen during the event.

While the use of AI at the Olympics is a great step forward, many of these technologies have a long way to go to operate autonomously on a greater scale. That’s why the best way to apply AI and machine learning today is often to augment rather than replace humans. Augmented machine learning can enhance human intelligence to improve the operation of large-scale global events like the Olympics.

You can learn more about the power of augmented machine learning and where machine translation is headed here.